This is day 4 of the photo challenge requested by my friend Don Bromberg.  A bunch of photographers from all over the planet are participating and it will be easy for you to participate too.

Choose 7 of your favorite photos and share them each day on your timeline to your friends and the world. I challenge ALL my photographic friends to this challenge.

This is a shot of Ozzie and Harriet, a pair of bald eagles that lived in Fort Myers. Just a few months ago Ozzie was killed by another male Eagle in a territory dispute, it’s a natural part of an eagle’s life. Ozzie was in his mid 20’s and he and Harriott raised many eagles from their nest along the west coast of Florida.

This shot was taken late in the chick season of 2013. In fact, this particular day, this eagle pair had just fledged and released the last of the season’s chicks and were on the ground partying their successful empty nest syndrome. Jo, my wife, and I had accidentally chosen this particular day to visit to capture some pictures of this eagle family to witness the youngest and last juvenile eagle leave the nest permanently. I was able to click many shots of the pair enjoying their new freedom, at least until the next nesting season . It was a very special afternoon because we never saw Ozzie alive again he was always gone from the area when we visited to see how they were doing.

Ozzie, you are remembered and missed, we just visited your earthly home and only your spirit and memories were in the air that day. 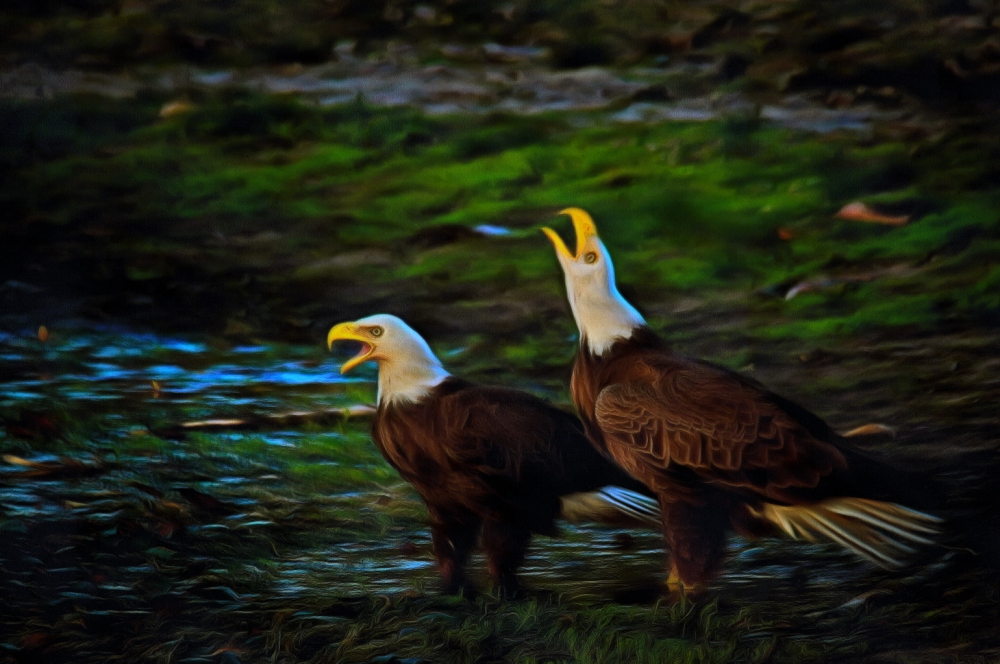